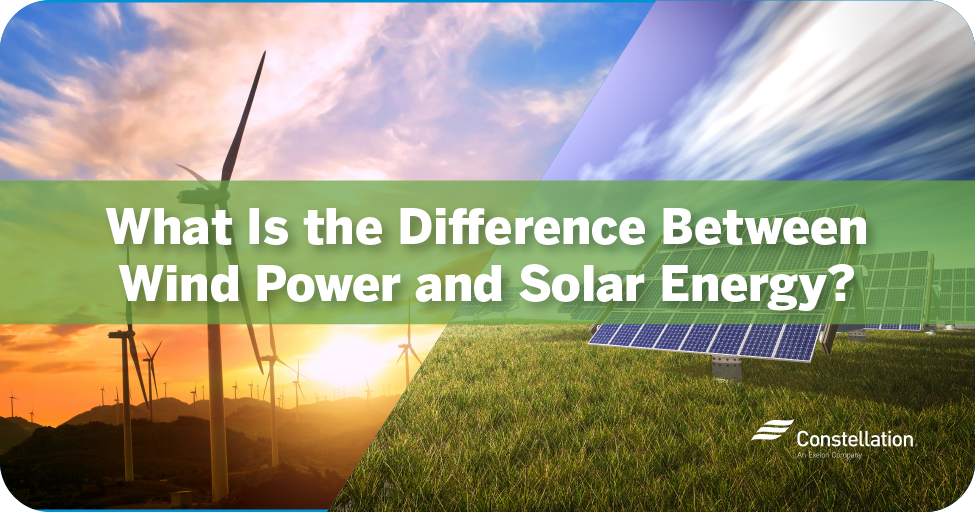 Looking into renewable energy for your home? Before making the switch, it’s important to consider all the options that are available to you. For example, solar energy and wind power are two of the most popular and reliable renewable energy sources. They’re both easily accessible and less harmful to the environment than fossil fuels, but which one is the better choice for you?

Here, we’ll compare solar energy vs. wind power and give you the information you need to make an informed decision about your renewable energy source.

Wind power is a type of renewable energy that’s created when moving air spins the blades on large turbines. Once the wind turbines begin spinning, kinetic energy is created, which is then converted into mechanical energy. This mechanical energy can then be used for a variety of tasks or sent to the turbine’s generator to be converted into electricity.

Wind energy isn’t just related to solar energy — it’s actually considered to be a form of solar energy. This is because wind is created by the sun as it heats the Earth’s surface. 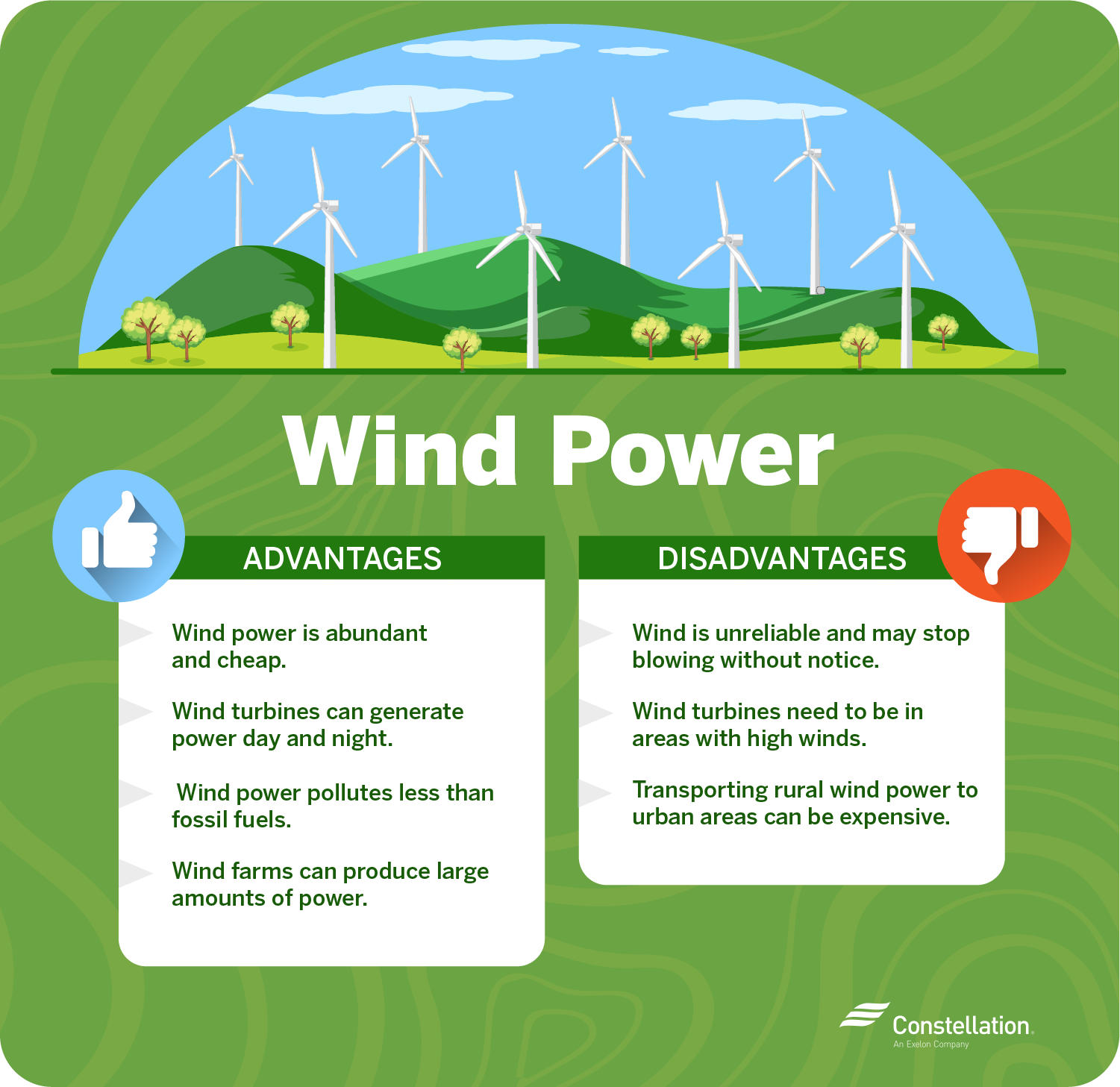 When compared to other forms of renewable energy, there are several advantages of using wind power for your home:

Although there are some perks of choosing wind power, this form of renewable energy also has its drawbacks. For example, some disadvantages of wind power include the following:

Solar energy is a form of renewable energy that’s created using sunlight. When the sun’s rays reach solar panels, the energy is absorbed by photovoltaic cells on the surface on the panels and made into electricity. This direct current (DC) electricity is then converted to alternating current (AC), which can be used by the power grid. If more solar energy is produced than needed at a solar farm, the excess can be stored.

When looking at solar and wind energy, it’s important to consider what each option can offer you. For example, there are some distinct advantages of solar energy:

Solar energy offers many benefits, but that doesn’t mean the system has been perfected. There are a few disadvantages of using solar energy:

There are a number of important factors to consider when choosing a renewable energy plan. For example, you’ll want to start by comparing the energy efficiency and cost per watt of solar vs. wind energy. This will help ensure that both your energy costs and environmental impact are as minimal as possible.

Although wind energy is related to solar energy, it doesn’t mean they’re the same across the board. Wind turbines have a larger generating capacity than solar panels, meaning they’re generally the more energy-efficient option. Additionally, the average cost of wind power was $0.06 per kWh in 2017, while the average price of solar energy that same year was $0.10 per kWh.

On the other hand, wind power is often generated in rural areas, making it costly to distribute to urban and suburban locations. So, unless you live near a wind farm, you may end up paying more than you would for solar.To ensure you make the best choice, you should always look at the details of your renewable energy plan and get an understanding of what you’ll be paying each month, as well as the impact your choices will have on the surrounding environment.

The benefits of a hybrid model

If you’ve compared solar vs. wind energy and are still unsure what to choose, there’s another option to consider: a hybrid system. Hybrid wind and solar electric systems combine both technologies and allow you to get power when you need it the most. For example, sunlight is most abundant during summer, while strong winds occur more frequently over winter. So, a system that uses both sunlight and wind to produce electricity will be able to operate at peak generating capacity year-round. This means renewable energy customers can expect more stability in energy prices and availability.

Which renewable energy source is right for you?

All renewable energy sources are better for the environment than traditional fossil fuels, but which of them is best for you? The answer will likely be different depending on your location, budget and energy needs. 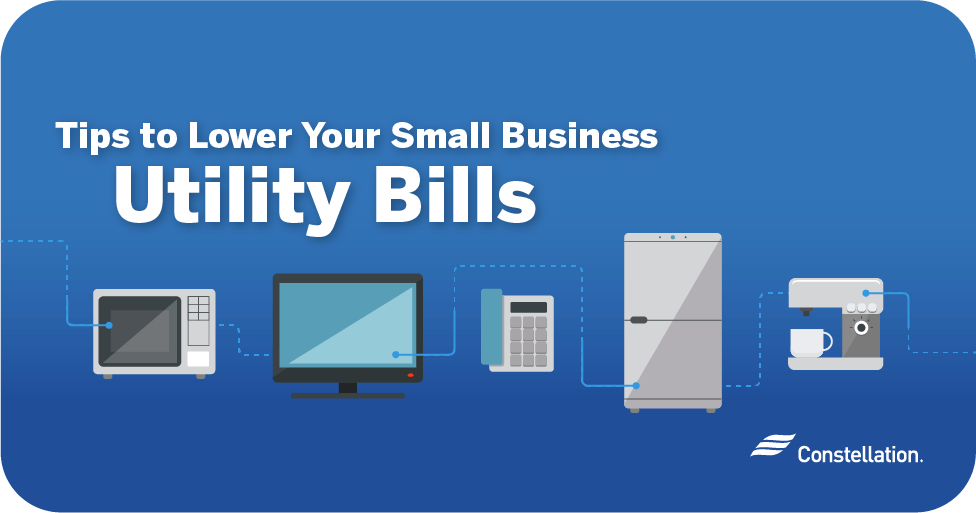 It’s important to have tips to lower your small business utility bills, especially as competition and cost pressures are on the rise. Many managers pay little attention to the “hidden” cost of paying for utilities. 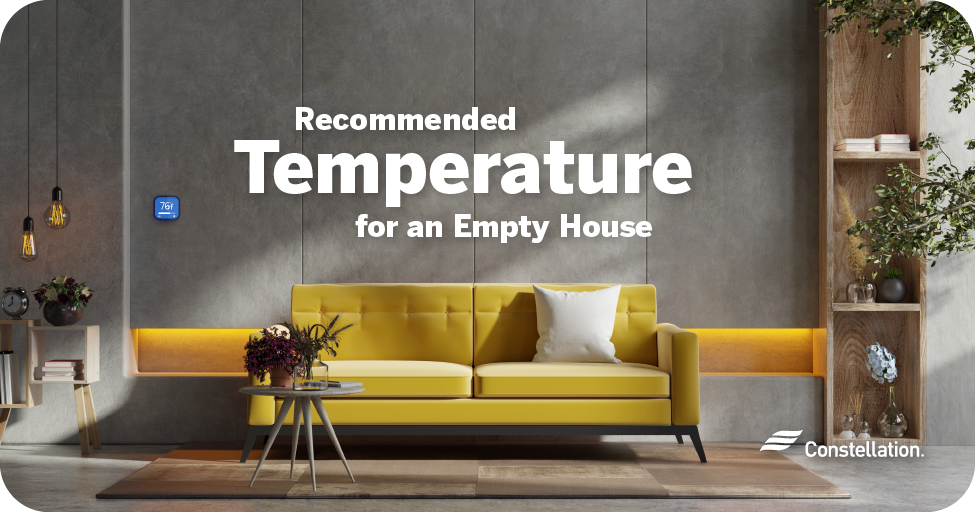 Recommended Temperature for an Empty House in Summer & Winter

You might be leaving home for a vacation. Or perhaps you are a snowbird, leaving your house vacant for the months of winter and your place in the sun empty over the summer. 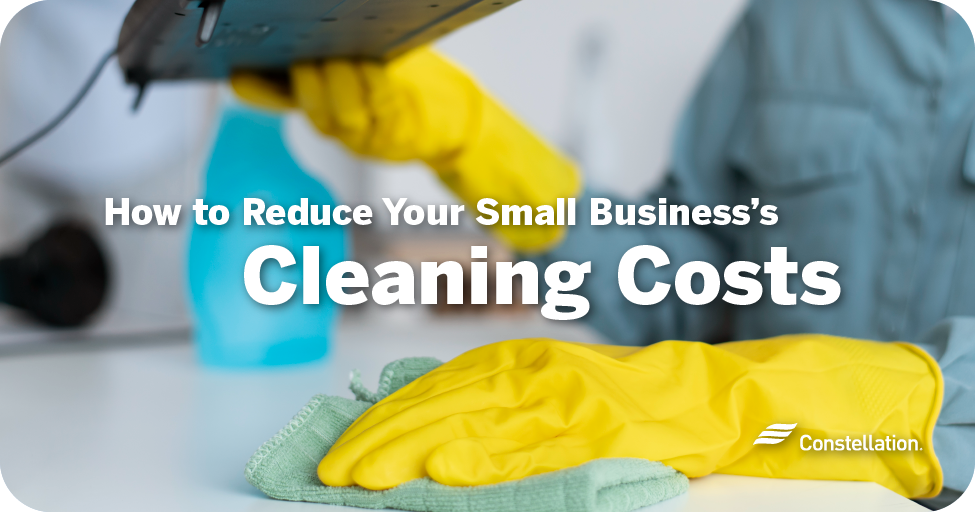 How to Reduce Your Small Business’s Cleaning Costs 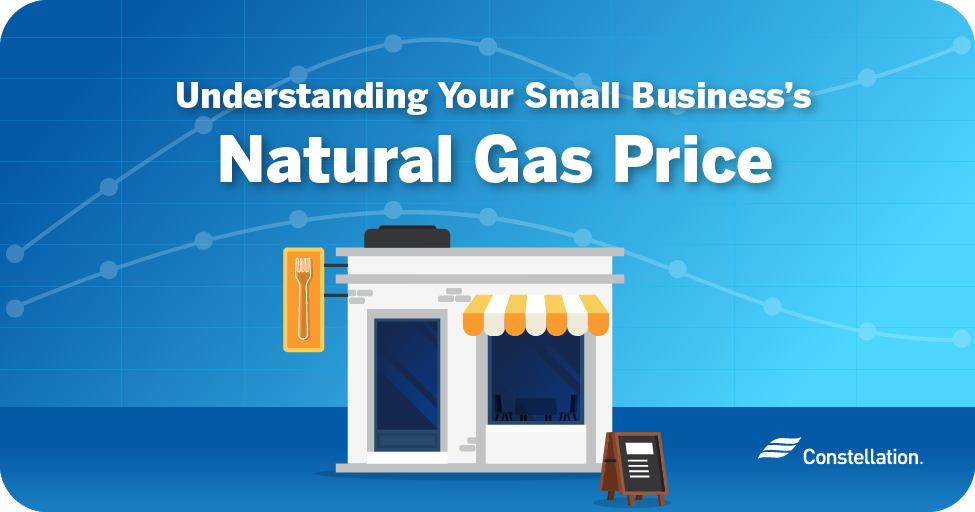 It’s important to have tips to lower your small business utility bills, especially as competition and cost pressures are on the rise. Many managers pay little attention to the “hidden” cost of paying for utilities.

Recommended Temperature for an Empty House in Summer & Winter

You might be leaving home for a vacation. Or perhaps you are a snowbird, leaving your house vacant for the months of winter and your place in the sun empty over the summer.

How to Reduce Your Small Business’s Cleaning Costs