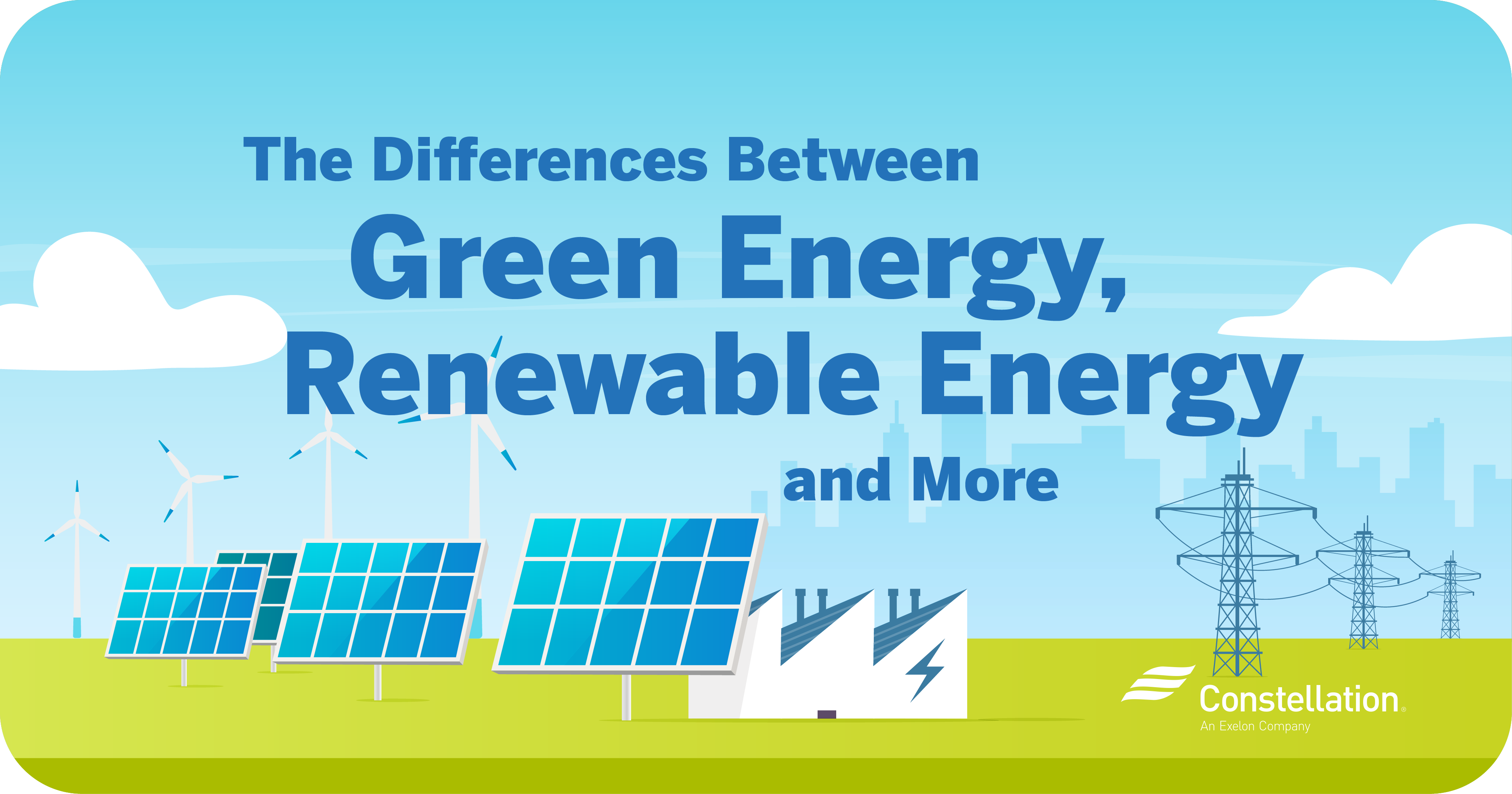 The Differences Between Green Energy, Renewable Energy and More

Fossil fuels, such as coal and natural gas, have been our country’s primary source of power for decades. However, the process of getting fossil fuels out of the ground and into your home creates pollution and damages ecosystems. That’s why more and more people have been pushing for cleaner, renewable energy solutions. These include green energy, clean energy, sustainable energy and more.

Although terms like renewable energy, green energy and clean energy  are often used interchangeably, there are actually some key differences that set them apart. Here, we’ll take a look at various types of renewable energy solutions, what makes them different from one another and how they’re helping us move toward a future that isn’t dependent on fossil fuels.

What is renewable energy?

Renewable energy is created through the use of naturally occurring resources that replenish themselves over time. So, although there’s not an unlimited amount of these resources available at any one moment, you’ll almost never have to worry about a renewable resource running out entirely. And since renewable energy produces fewer greenhouse gases and pollutants than traditional fossil fuels, they can help to make your home more sustainable.

In 2019, the amount of energy provided by renewable sources equaled 11.4% of total U.S. energy consumption. However, the U.S. Energy Information Administration anticipates that renewable energy consumption in the United States will continue to increase through 2050. 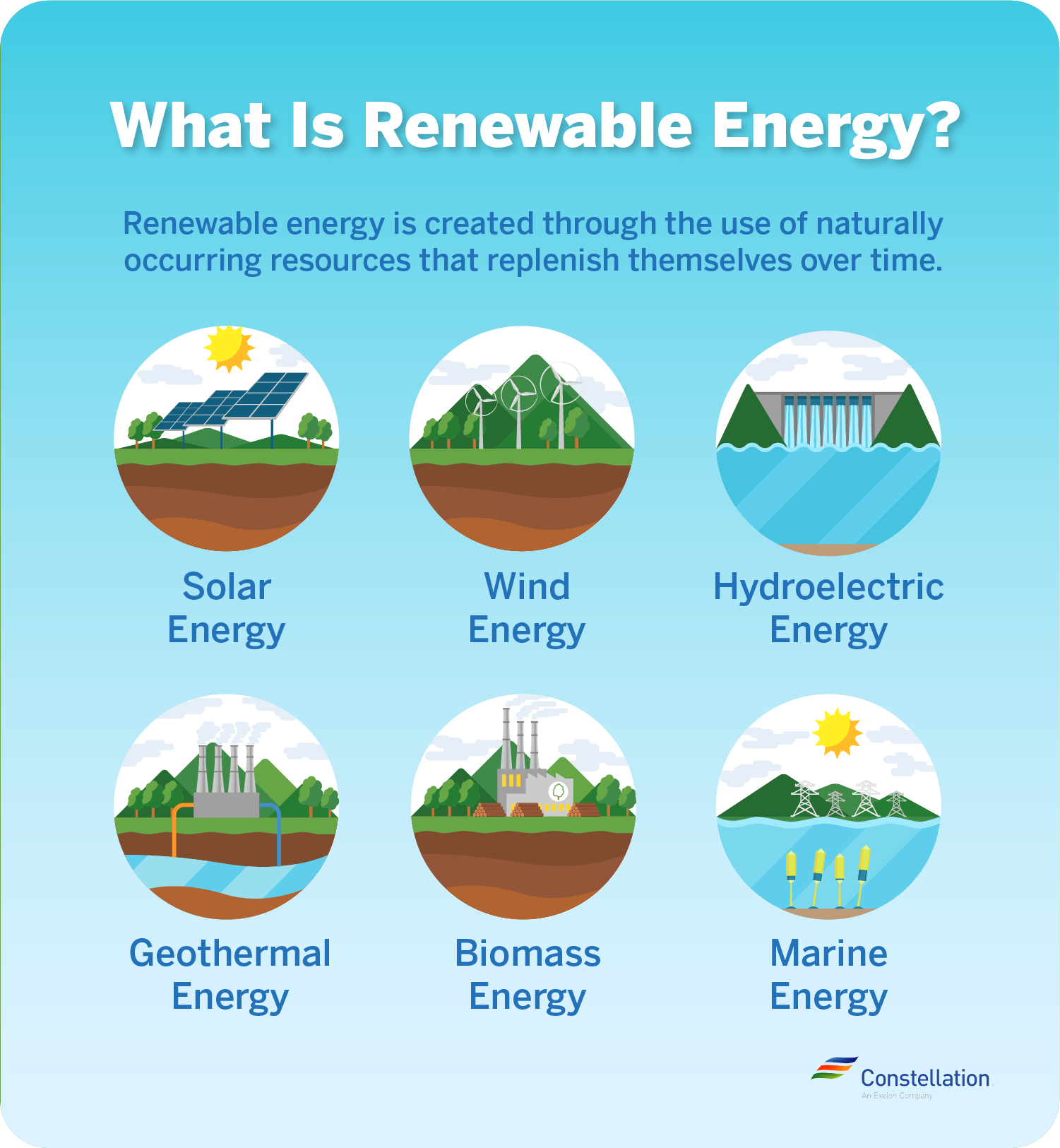 To better understand what renewable energy is and how it works, it helps to take a look at some examples of renewable energy sources and the technologies that power them. Among the most common of these sources are:

Other types of energy, explained

The United States has access to a variety of energy resources, from fossil fuels to renewables. However, not all types of energy in the United States fit neatly into one of these two categories. For example, energy can also be classified as green, clean, sustainable, or alternative. Below, we’ll define these types of energy and explain what differentiates them from renewable energy. 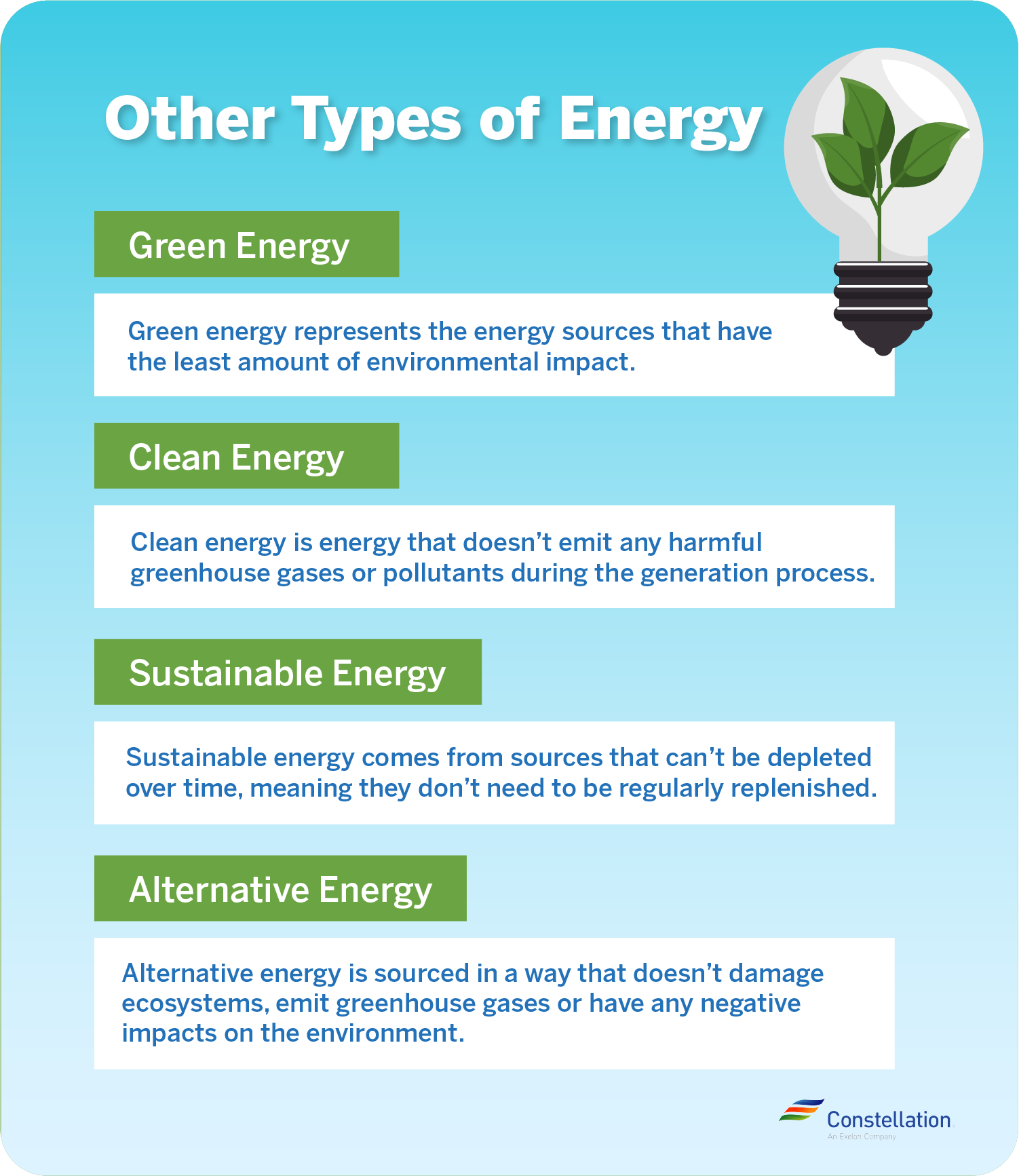 What is green energy?

Green energy, or green power, represents the energy sources that have the least amount of environmental impact. These types of energy sources don’t release harmful carbon emissions, meaning they’re effective at helping you reduce your carbon footprint. Some examples of green energy include electricity produced from solar, wind, geothermal and other low-impact sources.

What is clean energy?

Clean energy is energy that doesn’t emit any harmful greenhouse gases or pollutants during the generation process. This means that all green and renewable energy sources are also clean by definition. That said, an energy source doesn’t have  to be renewable to be considered clean. For example, nuclear power is a clean energy source despite the fact that it doesn’t naturally replenish over time.

What is sustainable energy?

Sustainable energy comes from sources that can’t be depleted over time, meaning they don’t need to be regularly replenished. Some examples of sustainable energy sources include both solar and wind energy. Compare these sources to wood, crops and other biomass materials that are capable of being depleted and require time — as well as possible human intervention — to replenish.

What is alternative energy?

Alternative energy is sourced in a way that doesn’t damage ecosystems, emit greenhouse gases or have any negative impacts on the environment. So, while energy sources like biomass and hydropower are renewable, they affect the environment too much to be considered alternative. For example, sourcing biomass materials can lead to deforestation, and hydropower systems can negatively influence the habitats and feeding cycles of both water and land animals.

Have you ever wondered how you can help shrink your carbon footprint? It’s easier than you think. For example, you can get started with renewable energy certificates (RECs) and carbon offsets. Or you may decide to take a bigger leap and find a solar provider for your home. Ultimately, anything you can do to begin shifting away from fossil fuels will help ensure that our environment thrives well into the future.

Constellation currently offers customers in 11 states renewable home energy solutions that include plans sourced by 100% wind power. Find out how a fixed-rate renewable energy plan can help you achieve price certainty and predictability through your entire contract period while also helping to support the environment. 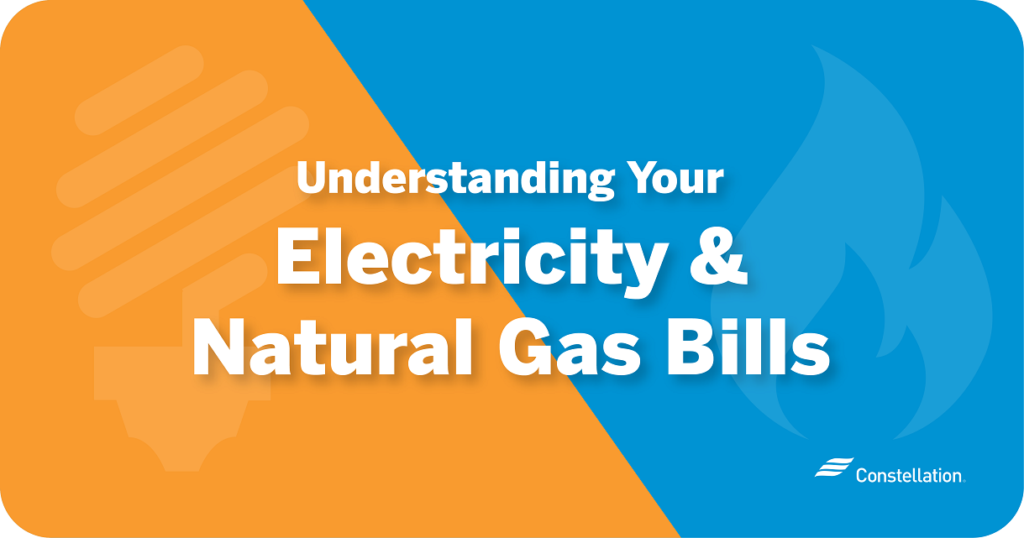 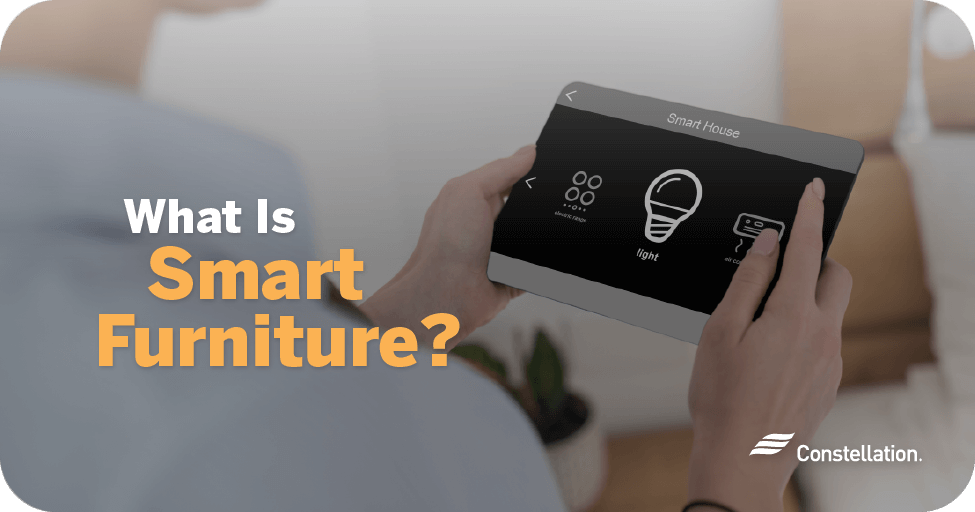 What Is Smart Furniture? 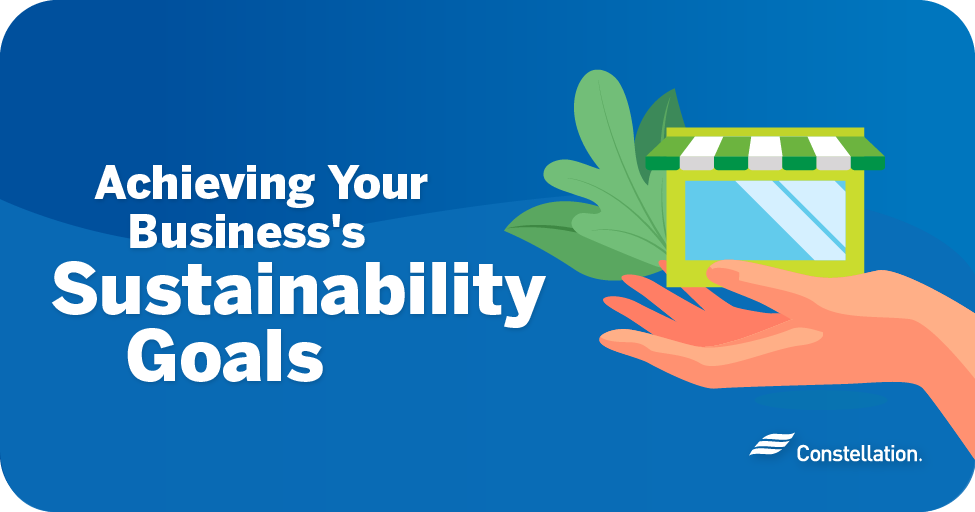 How to Achieve Your Small Business’s Sustainability Goals

Environmental sustainability has become a core strategic driver in business today. Beyond helping the environment, setting small business sustainability goals and developing plans for achieving them can benefit your business. 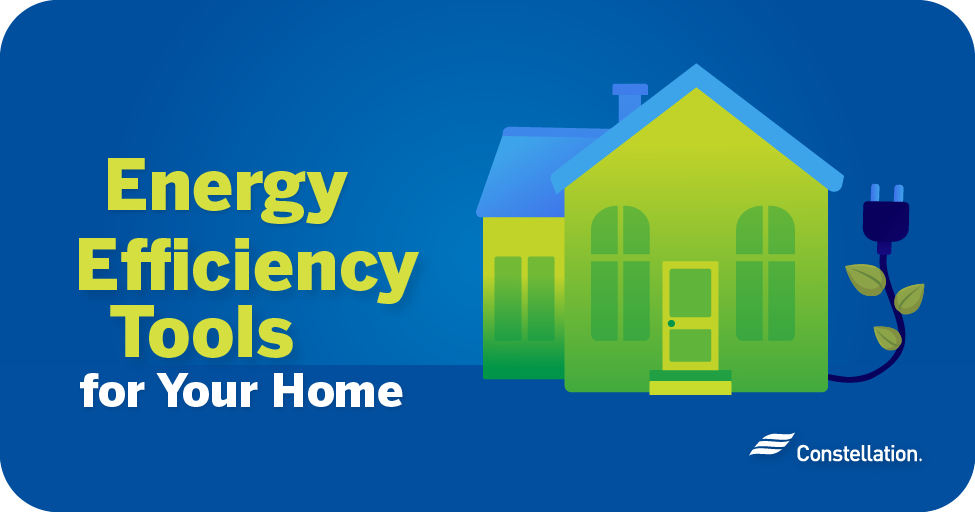 How to Use Energy Efficiency Tools for Home Energy Savings

Energy efficiency tools help you contribute to a healthier climate, enhance air quality for you and your family, improve comfort and save you money. Thinking twice and doing what you can to conserve energy is a good start. 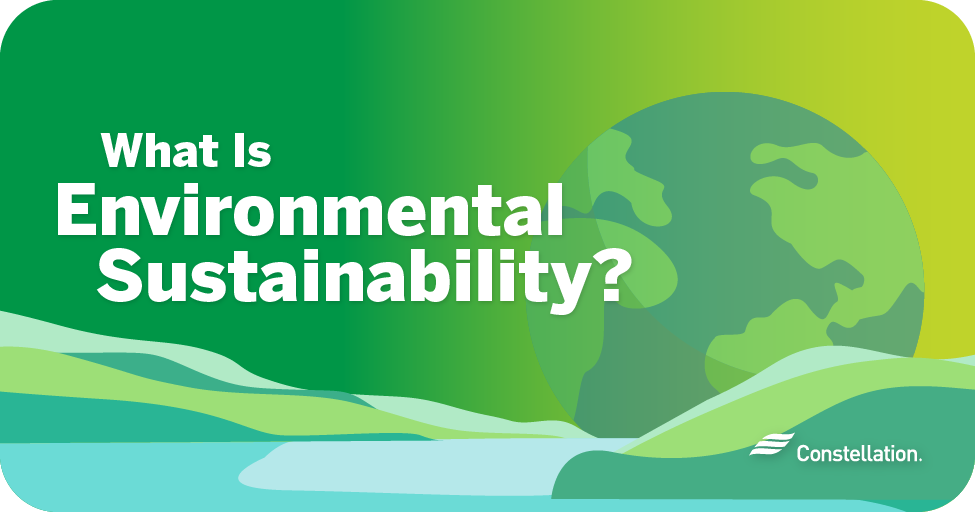 What Is Environmental Sustainability?

What Is Smart Furniture?

How to Achieve Your Small Business’s Sustainability Goals

Environmental sustainability has become a core strategic driver in business today. Beyond helping the environment, setting small business sustainability goals and developing plans for achieving them can benefit your business.

How to Use Energy Efficiency Tools for Home Energy Savings

Energy efficiency tools help you contribute to a healthier climate, enhance air quality for you and your family, improve comfort and save you money. Thinking twice and doing what you can to conserve energy is a good start.

What Is Environmental Sustainability?