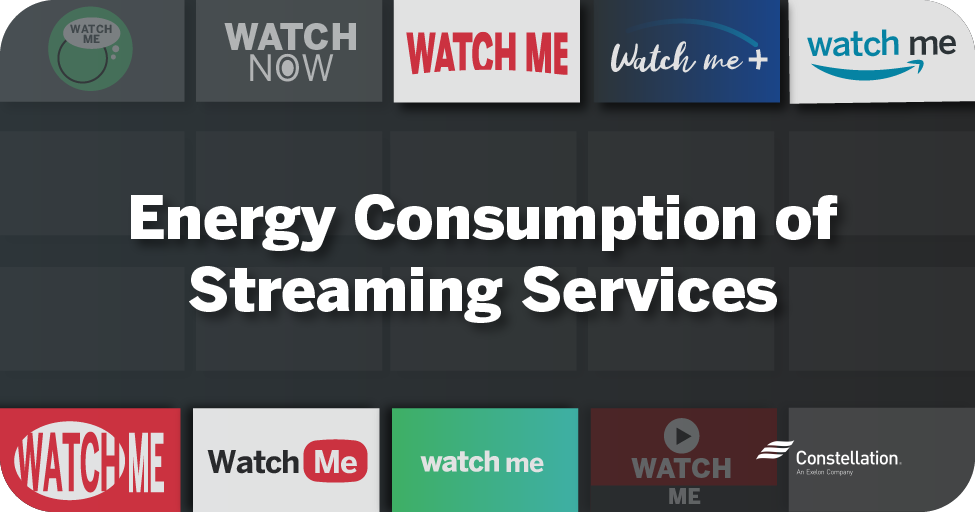 If your family is like most, streaming content has become commonplace in your household. You may even start to wonder what impact those streaming services have on your energy consumption. Does streaming use a lot of electricity? And how much data does streaming use?

What is a streaming service?

A streaming service is a media provider that delivers digital content to consumers. Streaming is the flow of data from a company’s server to one of your devices, which can be a television, game console, computer or mobile device. Instead of sending over a whole movie, game or song, streaming sends that content bit by bit, as it’s consumed.

There are several kinds of streaming services:

What devices are commonly used for streaming? 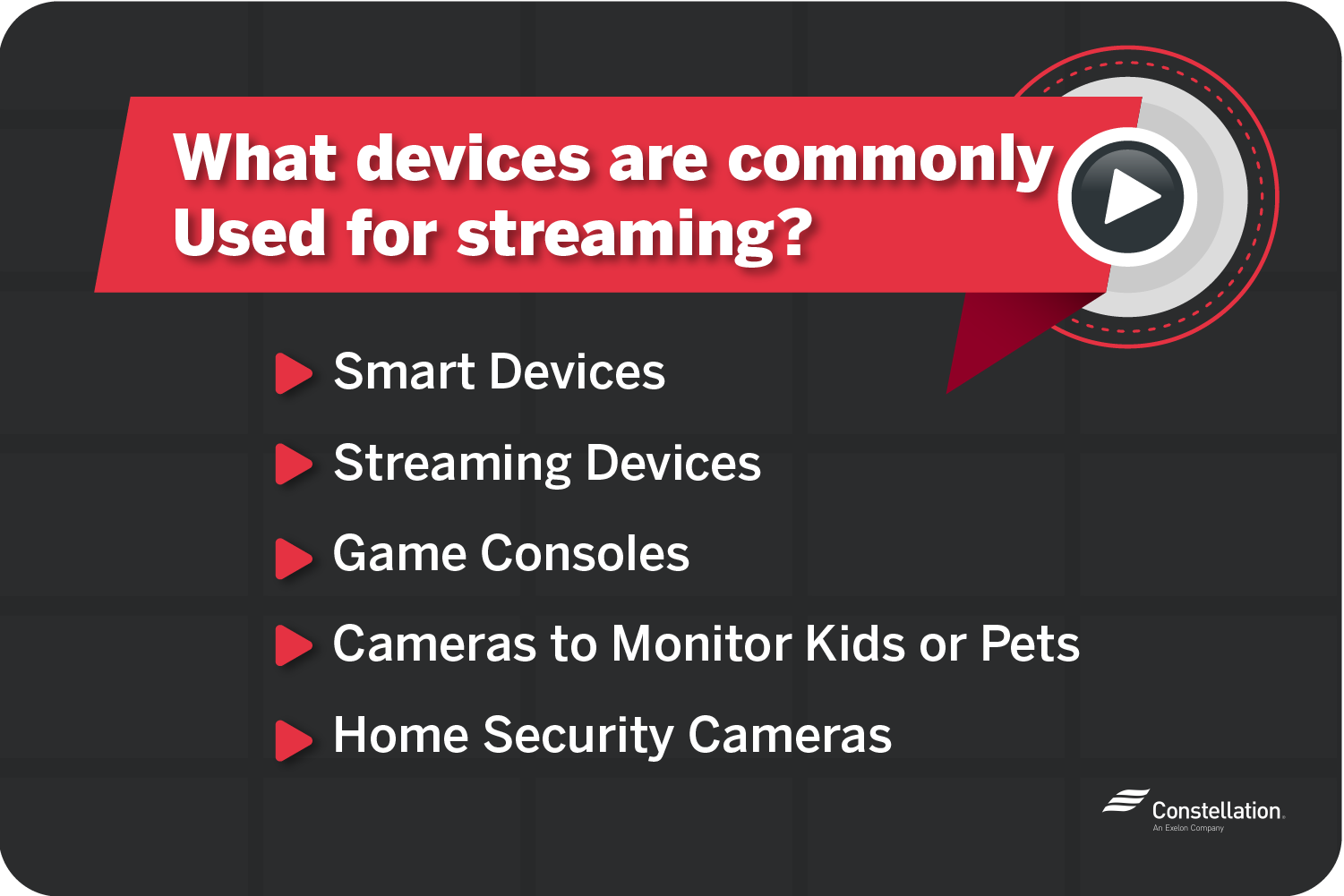 You can stream content with just about any device that connects to the internet. But devices specifically made for streaming can enhance the experience. These common streaming devices make consuming content efficient and easy:

Does streaming use a lot of electricity? 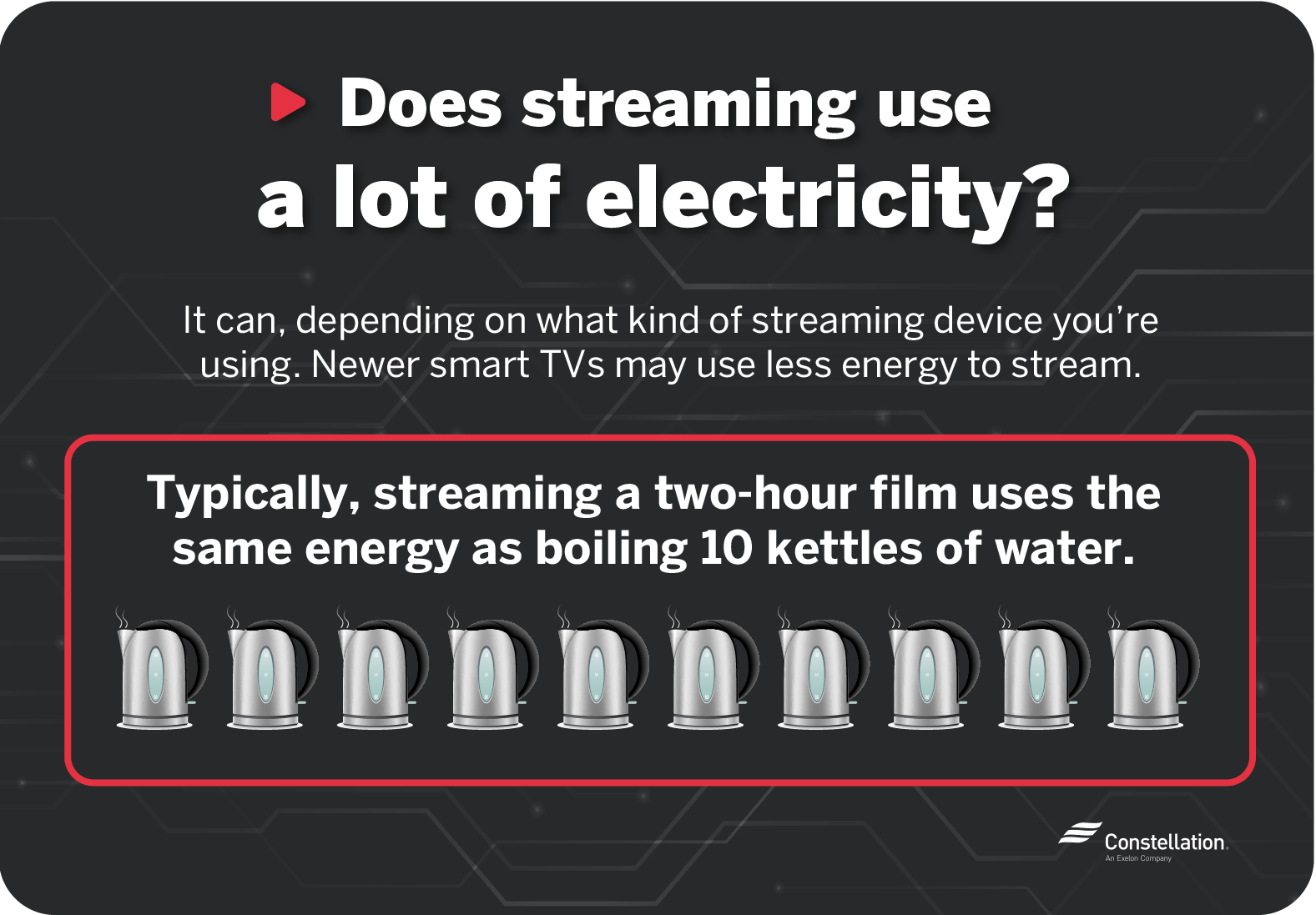 Streaming energy consumption has become an object of study as more people stream more content. Naturally, making access easier increases how much screen time people use. With more to watch, people watch more — and that increases energy use.

But does streaming use a lot of electricity in and of itself? A study done in the United Kingdom tallied streaming energy consumption and claimed it used the equivalent energy of six nuclear power plants. Streaming a two-hour movie used the same energy as boiling 10 kettles of water for tea.

Fortunately, newer streaming devices are made with energy efficiency in mind. A new smart TV uses 25% less energy than a traditional television.

Factors that contribute to energy consumption of data streaming

Here are the main drivers of streaming energy consumption:

Energy use of the local streaming device

Streaming devices are designed to be energy-efficient. A smart TV with built-in streaming will use less energy than a traditional TV paired with a smart home assistant or set-top box (also known as a cable box). Where streaming energy consumption jumps, however, is with devices that use standby power. A study done by the Natural Resources Defense Council found that connecting smart speakers to televisions caused their standby power usage to more than double from 106 kilowatt-hours per year to 248 kilowatt-hours per year.

Streaming data usage is on the rise. The average household data usage per month is 268.7 GB, with over 4% of households using more than 1TB of data a month. Data consumption is becoming a greater share of electricity consumption in the typical household. However, data use rates are invisible to consumers because costs are borne by network and data centers instead.

Connecting devices to a smart speaker or smart home assistant can increase energy use because they consume energy in standby mode. And more connected devices equal higher energy usage for your household. The more efficient ones consume under 1 watt an hour, with others going up to 2.7 watts or more. Annually, such devices consumed between 11 to 25 kilowatt-hours per year in the United States, totaling 727 gigawatt-hours a year and costing $94 million.

The impact of streaming services on the environment

Some streaming services that express concern with the environmental impact of video streaming are switching to clean energy sources and are buying carbon offsets. Because electricity used for streaming is “inconspicuous consumption,” some have proposed providing consumers with carbon usage data reports. Reports can be useful because knowing what you’re using makes you more mindful in your daily energy choices.

3 tips to reduce your streaming consumption

Streaming with an eye toward being as energy-efficient as possible will reduce the streaming energy consumption of your household. 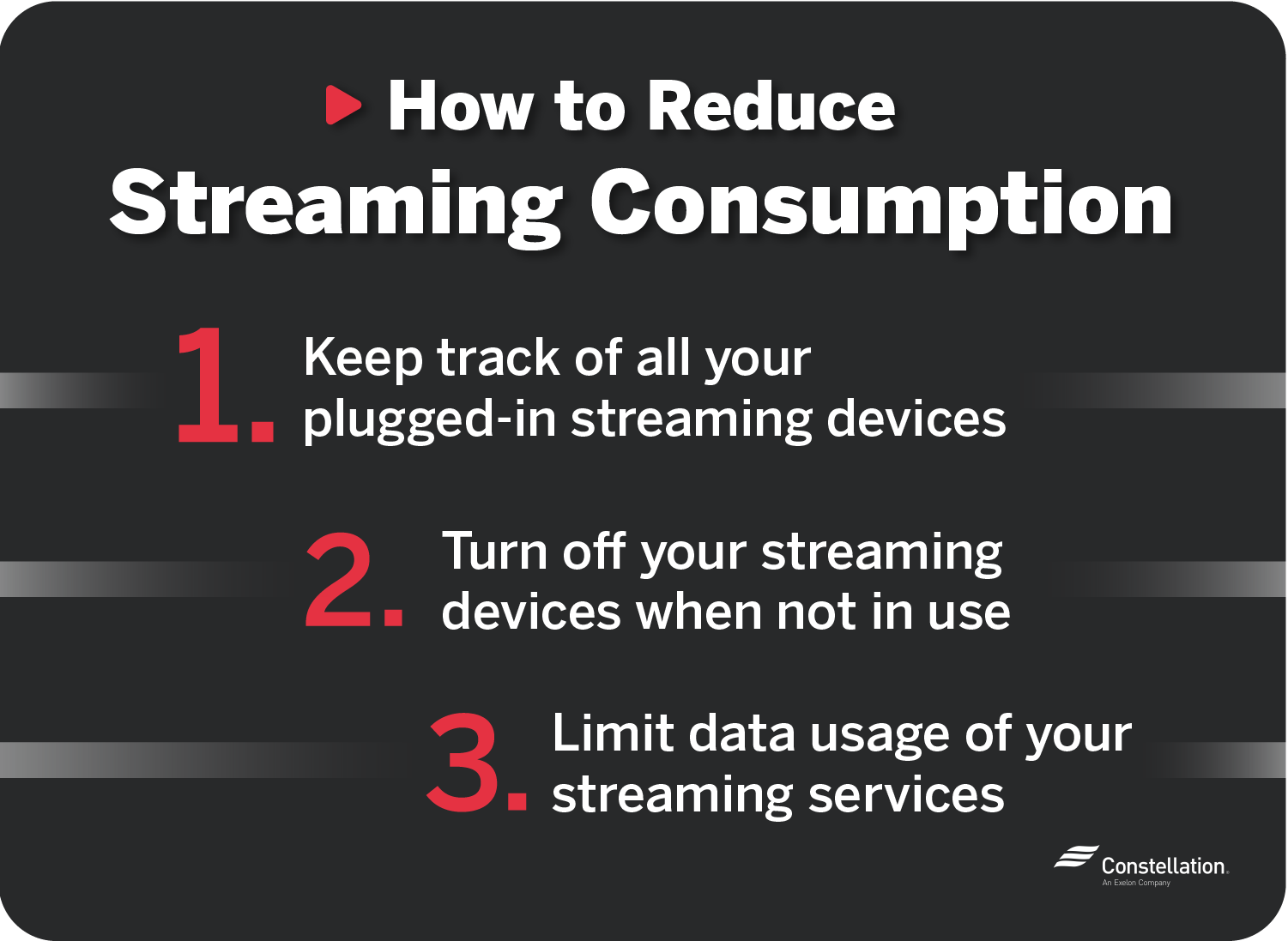 1.  Keep track of all your plugged-in streaming devices

Streaming devices are multiplying across your home, from your television and computer to all the devices used by children, roommates and guests. Energy consumption can spike without you even realizing it. Knowing what devices are plugged in around your home helps you get a handle on the situation.

2. Turn off your streaming devices when not in use

When you’re not using streaming devices, make sure they’re turned off. With so many devices to remember, it can help to plug them into a single power strip. Then you can turn off everything with a single click. With a smart home, you can program devices to shut down at a certain time or to power down if left idle for a certain period.

Limit your use of streaming devices to cut down on data and energy consumption. Don’t leave your television on and streaming if you’re not watching. Pausing and returning when you can give content your full attention will save electricity.

Place limits on screen time for your children as well. Ensure that video games and media don’t take up too many hours and rack up your energy consumption. For a kid-friendly smart home, preprogram usage so that consumption is controlled as part of a routine.

Streaming makes the energy footprint invisible, but it’s still there

Choosing streaming over a set-top box might appear to be more energy-efficient, but it isn’t really. Instead of paying the streaming energy bill yourself, you have just moved it to your network provider and streaming company. Just because the cost has moved off the bill doesn’t mean you’re using less electricity.

With a little planning and a few new habits, we can reduce the energy consumption of our streaming. By doing so, we can reduce our total energy footprint and become more conscientious consumers and better stewards of the environment.

What Is the Average Cost Per Therm of Natural Gas? 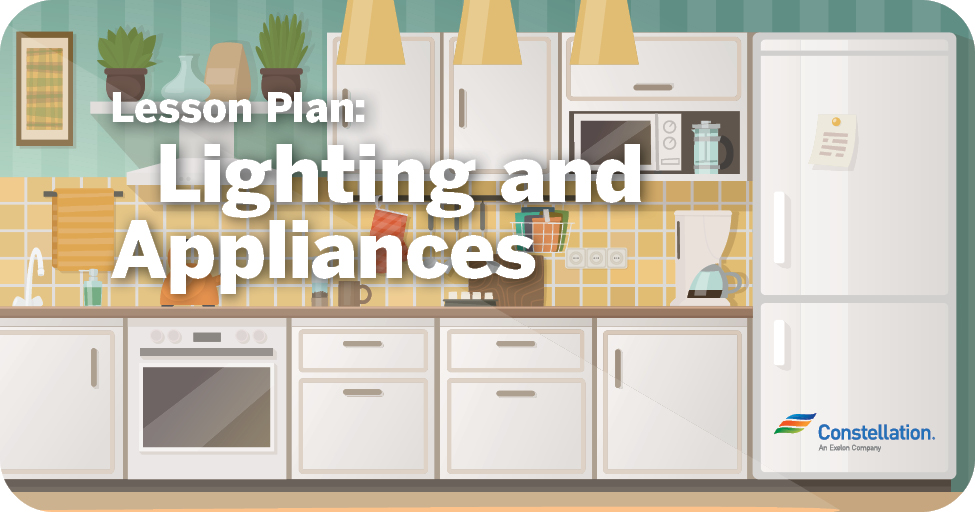 This week’s lesson focuses on two items within the home that use a good amount of energy and are sometimes easy to control. According to the U.

Why Is My Energy Bill Higher Than Usual?

Why Is My Energy Bill Higher Than Usual? Reasons for Unusually High Electric Bills If the amount on your energy bill seems out of step with what you normally pay, you may be asking yourself “Why is my electric bill higher than usual? 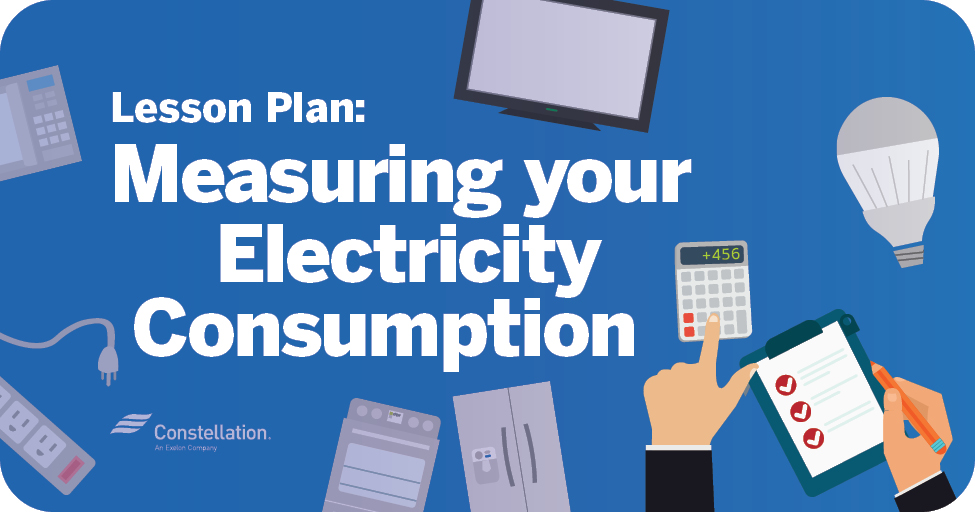 This week’s lesson on electricity consumption builds upon the previous week’s lesson. However, topics will be re-introduced for newcomers!

What Is the Average Cost Per Therm of Natural Gas?

This week’s lesson focuses on two items within the home that use a good amount of energy and are sometimes easy to control. According to the U.

Why Is My Energy Bill Higher Than Usual?

Why Is My Energy Bill Higher Than Usual? Reasons for Unusually High Electric Bills If the amount on your energy bill seems out of step with what you normally pay, you may be asking yourself “Why is my electric bill higher than usual?

This week’s lesson on electricity consumption builds upon the previous week’s lesson. However, topics will be re-introduced for newcomers!